Here are some ways that people have helped out Golden State German Shepherd Rescue.

Saving Lives One GSD at a Time

Bob wrote this as one fosterer to another who was hurting in the aftermath of their foster dog leaving for their new forever home.

We, too, are sad to see our fosterguests go.  Just Saturday guest #45, Red, went to his forever home.  We love him and enjoyed his two months with us.  Fostering has been great fun for us but everytime one goes to his forever home, we feel sad and the road may get blurry as we start for home from the rescue's adoption day.
Then we shape up and are ready to receive the next bewildered, lost guy out of a wet, smelly cage in a local shelter...and give him a new life as a totally civilized family/home member.  We save from death about 12 dogs a year.  Our rescue saved about 140 last year. Too many of our rescue members foster one dog,  keep it instead, and drop out of the ranks of the fosterfolks.
The dogs are there and the homes are there...it is up to the few of us to put them together.  If we didn't foster, that would be 12 killed dogs a year, because we didn't stick with it.  Our folks use the nicer term PTS (put to sleep) but the dogs that have been at the shelters too long are just plain killed.  Except for you, the dog you fostered could just as easily now be a furry lump in a dump...and there's another one just as wonderful waiting for your help.
Our rescue boss has just told us, "Pull no more dogs!  We have too many now without fosters."  This can be a death sentence for those we want to pull but can't.  This happens all too frequently.
Our ranks are too few and it is hard getting additional fosterfolk.  Please hang in there.  Every successful adoption is like seeing your grown child leave home and never becomes routine but every departure opens the cage door for another needy guest.,  bob

Dr. Peyton volunteered to help one of our female rescue dogs named Ruby (now named Scarlett) who had just given birth to 4 puppies in a Fresno Animal Shelter.  Only two puppies survived the shelter and Dr. Peyton offered to take the mom and the 2 babies home with her.   Only one little sable male puppy, she named Pocket, survived.    Mom was not making enough milk for him, so they bottled/hand fed him from the time he was 10 days old.  Along the way, she fell in love with Scarlett and Pocket, and adopted them both.  We are lucky to have such good friends for our rescue dogs.

Not many people would go out of their way to help a large, scared German Shepherd mix wandering around, lost and alone.  But Eric and Gabriela took her into their home in spite of the fact she was scared, matted and dirty, and they had small dogs and an infant to take care of already.  They did not give up on the dog they named Maya, even after realizing she was essentially completely unsocialized, because they knew underneath it all she was a good dog who would have no chance of getting adopted if they put her in the Shelter.  Eric contacted every rescue he could find, and after contacting Golden State German Shepherd Rescue, we worked with him and Gabriela to find Maya a good home.  Jean Donaldson recommended one of her students, James Mallory, who volunteered his time almost every day to work with Maya.  Eric and Gabriela stuck with her though these several months even though having such a large, unsocialized dog around severely impacted their schedules.  When James said, "Bottom line: she's a beautiful dog, and although undersocialized and fearful, she's not panicky fearful, and showed me no menacing/aggressive body language at all" we thought it was time to try placing Maya in a home that thought they might be up for the challenges associated with socializing Maya.  Two months after that, Maya, now named Shunka, has made remarkable progress.  Scabs and scars on her head and neck have essentially healed. She had no obedience or leash skills when she arrived and would bolt at any provocation, seeing people or dogs even a quarter mile away, hearing a door slam, seeing someone come out of a house, hearing loud noises, getting touched especialy on her paws, stomach or hindquarters.  She also exhibited some food aggression around the smaller resident dog.  Now she shows some reaction to stimuli but almost never attempts to bolt, she is very affectionate with her owners and other people as she gets to know them, enjoys a good grooming, gets along with the resident dog, and can tolerate more and more busy/noisy environments. Yes, it took a lot of time, dedication, and effort from numerous people, including the ongoing efforts from her new owners, to give Shunka a chance to have a normal life.  Due to the dedication of her friends, Shunka has blossomed into a gorgeous dog, as you can see in her before and after photos, showing her when she was first found, after about two months in her new home and then almost a year after she was first found.

Katie always wanted a German Shepherd for years and finally got one about 7 months ago. Kasey is now her best friend and Katie says she is the best dog ever. Katie just turned 12 and owning Kasey inspired her to ask for donations for Golden State German Shepherd Rescue instead of presents.  She raised $120 to help our dogs!  Thank you Katie, from all of our dogs and volunteers.

This is a photo of me and my two German Shepherds in April 2009, Rufus sitting on the left and Baxter perched on a pedestal, both were rescued from public shelters.  They have been a source of joy and companionship in the ten years since I adopted them thru German Shepherd Rescue and influenced me to dedicate my time and personal resources to help save German Shepherds who found themselves in similar circumstances thru no fault of their own.

In June 2009, I founded the "Rufus Fund" within Golden State German Shepherd Rescue to honor my boy Rufus to provide for special needs shepherds that come into our program needing medical, rehabilitation or other care beyond fostering.  Little could I have anticipated that Rufus would be diagnosed with cancer in November and died in my arms in March of this year. His cancer was not treatable and my loss is beyond description. I have lost my best friend and buddy.

Dennis L. has worked tirelessly to secure donations for our Fall 2010 Annual Fundraiser, the main source of funding to pay for all the expenses associated with our rescue dogs.  Here is what he has secured so far:

I am hopeful that we shall receive several additional donations.  Let me say that this has been the most difficult time to secure donations and virtually all the above donors were unresponsive to my initial phone calls, letters, emails, and repeatedly left voice mails.

Any recognition belongs to (my rescue GSD) Rufus, who has been my  constant inspiration and encouragement.

I always read these reports with amazement on how much is going on, and how much work Dez puts into getting the dogs in the program, and moving them here and moving them there. And then I think, I really should not be surprised, this all happened right under my nose and in our house :).

I stay away from saying too much about all this because it takes many people to run a successful rescue group. But, when I see Dez on the phone at 7AM trying to work out transport for a dog from who knows where, and she is still on the phone at 10PM talking to the new foster home, I have to admit, I am not only in awe of what she does, but very proud of what she does too. Rescue is gratifying, it is frustrating, it is joyful, it is sad, there are days you have just had enough. But then, you look at the list of our rescue dogs and know that the majority of these dogs had run out of time at whatever shelter and their lives would have ended, without rescue and what we all do.

So, I look out in the backyard and see big old silly Monty prancing around the yard and playing with Primo or whoever his playmate of the day is, and he looks so happy and is just enjoying life. And I think back to when I saw him being surrendered at the Martinez shelter, his collar and leash being a big old piece of rope, and his face so sad and scared of what was going to happen to him. And then I think this is exactly why we all do this, for the Monty's of the world and all the others.

So, a big thanks to Dez for all the love and dedication she puts into this, and thank you to all of you who are part of Golden State German Shepherd Rescue and making this all happen.

Best to all
Mike

This year Baker raised $648 in donations to Golden State German Shepherd Rescue at his 10th birthday party.  Way to go Baker!  Thanks for helping German Shepherds in need.  Shown in the photo with his good friend, Truman.

Baker loves the family rescue dog Truman so much, he asked for donations for Golden State German Shepherd Rescue at his recent birthday party instead of gifts. And he raised $140 for the rescue dogs in need!!! Way to go Baker, thank you on behalf of all the dogs. 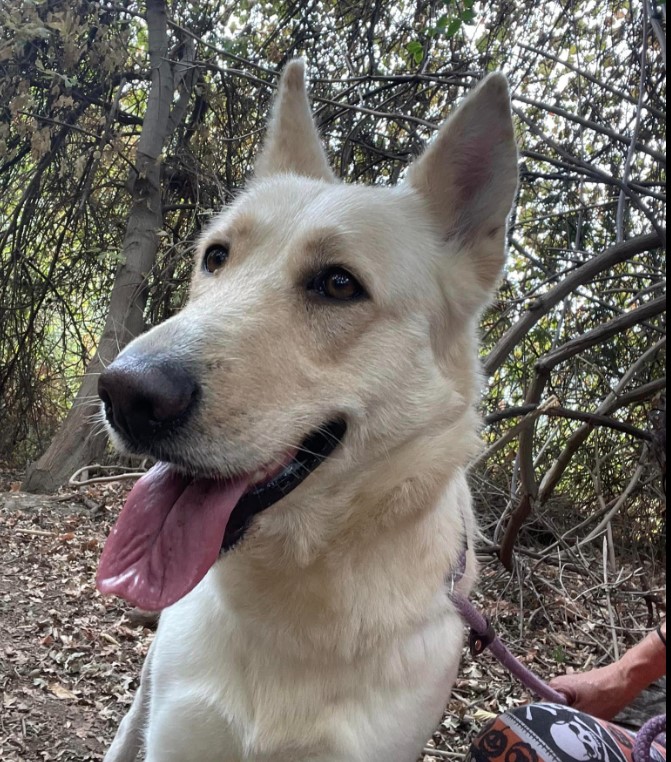 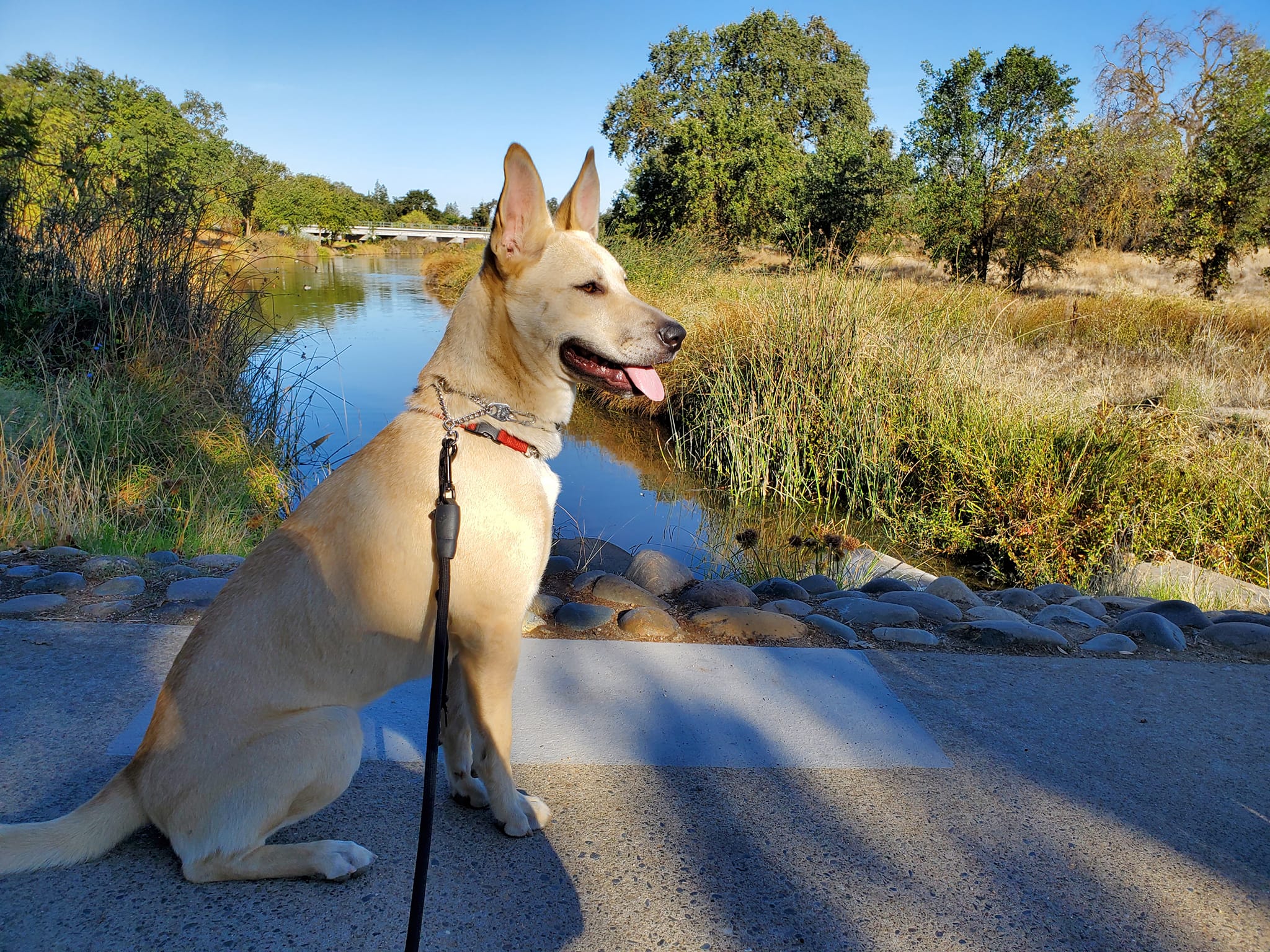 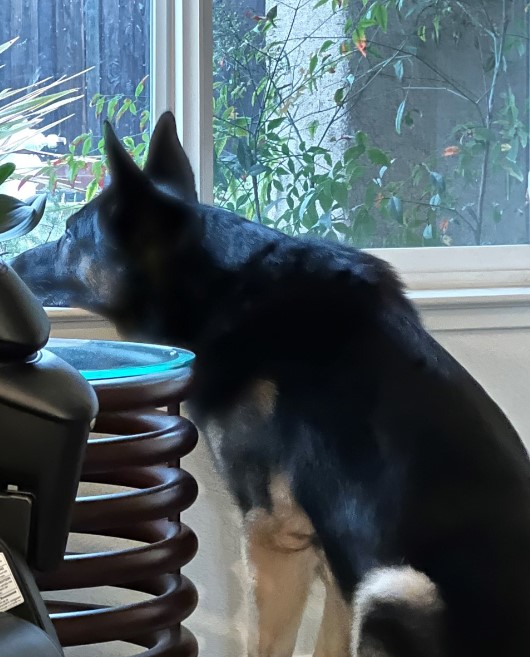